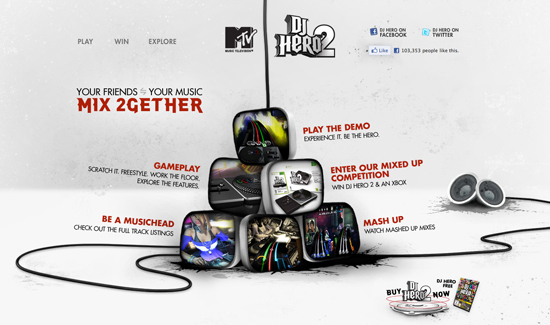 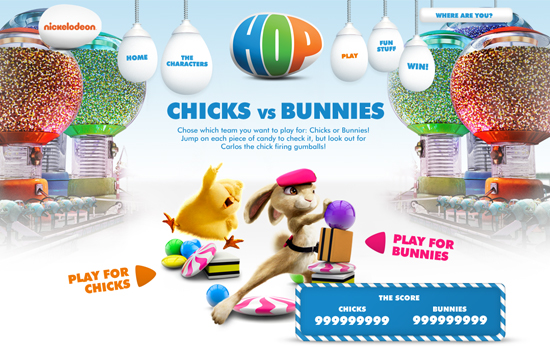 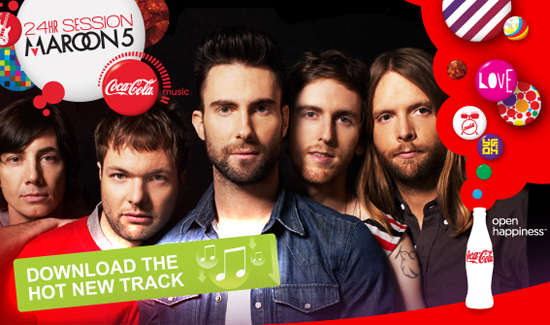 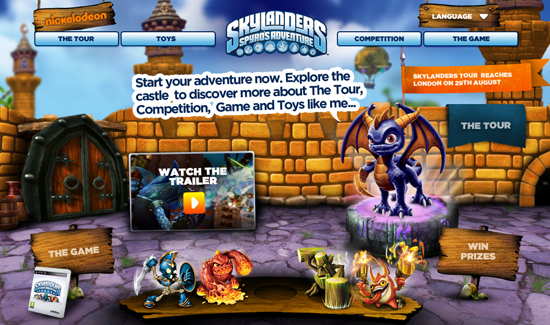 Through working with MTV and Viacom I have been able to work on a number of small campaign launches for various associated products. 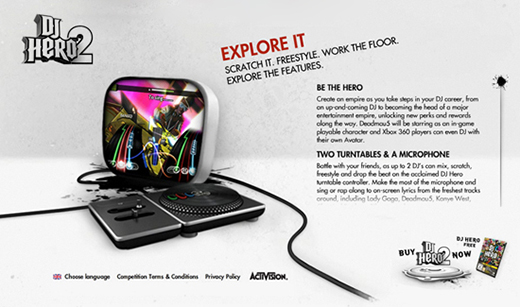 DJ Hero
A small campaign site that allowed users to sample what’s new in DJ Hero 2 and enter a competition to win a music-packed prize. I oversaw the design and animation development to ensure a smooth release for our first MTV project. Developed in Flash with language support it went in 5 countries. 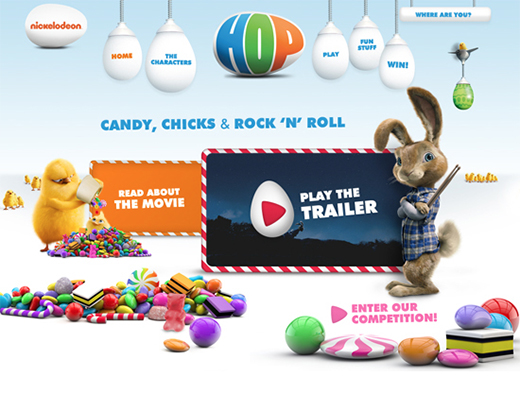 Hop
To accompany the film HOP we worked on a small microsite offering the target market the chance to win a grand prize of a golden egg. Introducing characters, trailers and downloadable games the aim was to heighten awareness of the forthcoming release. 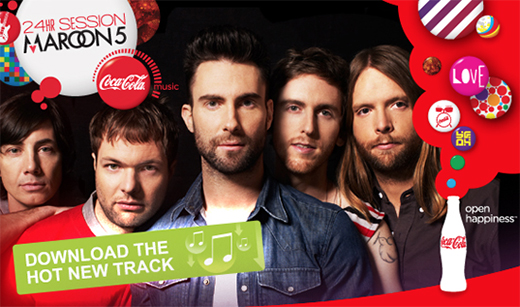 Maroon 5’s 24-hour recording session with Coca-Cola
Maroon 5 and Coca Cola teamed up to create a 24-hour live session inviting fans to come together to influence and inspire the lyrics, riffs and rhythms of their new single.   Content I oversaw included the design of eDM activation, Flash banner copy, Facebook posts and news blasts. 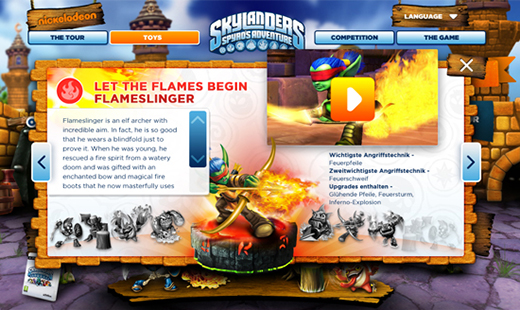 Skylander Adventure
I worked on the Art Direction for a microsite which would support the launch of the new game Skylanders: Spyro’s Adventure. It provided a destination for young users to interact with and understand more about the characters and provide a platform to support the European tour of the promotion.

We Love
Back to Portfolio