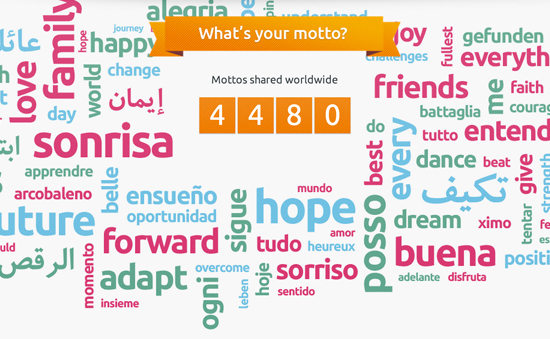 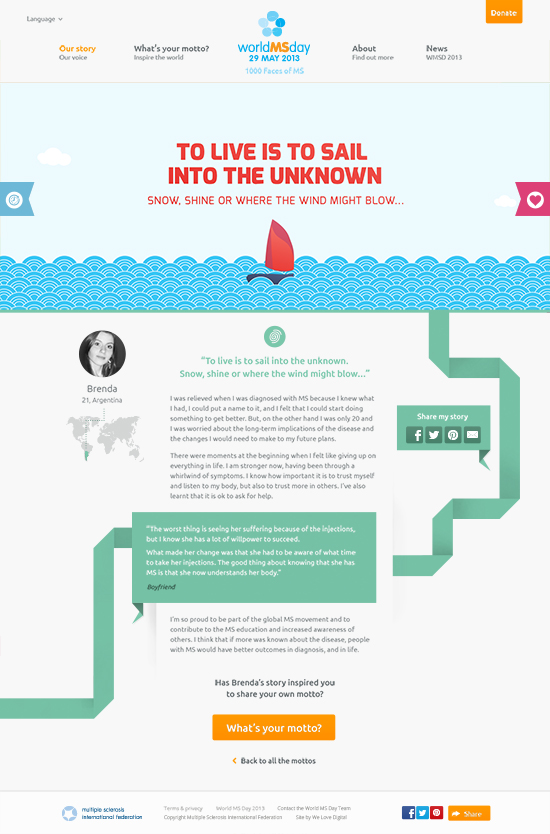 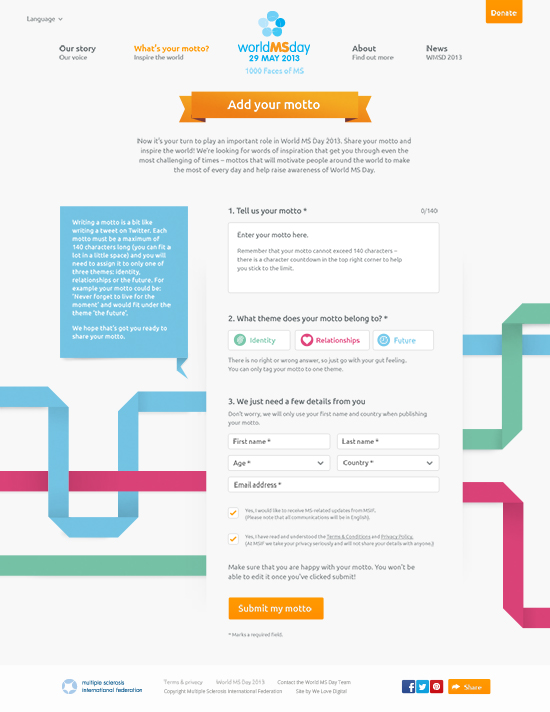 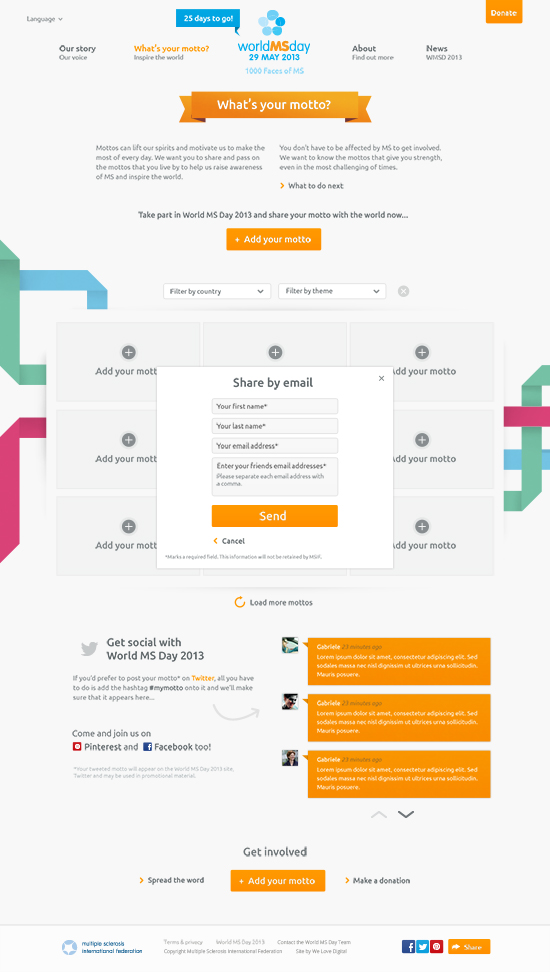 The 3 year campaign to raise awareness of MS started in 2012 and we developed an idea which brought peoples experience of living with MS to the forefront. In 2013 we moved to stage 2 of the campaign and evolved the campaign to centre around World MS Day.

The campaign was centred around the theme of ‘Young people and MS’ which again aimed to raise further awareness. MS is one of the worlds most common neurological diseases affecting young people which is often overlooked. We wanted to encourage the world to engage in this awareness by sharing the words and mottos which give strength and encouragement to suffers.

The campaign had a focused website and Facebook tab which shared 6 mottos each week throughout the month of May. The mottos centred around key themes of relationships, identity and the future. We had a social feed pulling in mentions of #mymotto which highlighted the global reach of the campaign. A further aspect of the project was to supply various MS organisations with a digital toolkit which was available in 5 languages. This encompassed print, video, banner advertising and social posts which could be activated throughout the lifecycle of the campaign.

On World MS Day activation of the mottos and a visual display of the reach were displayed. This invoked participation and triggered the public to be part of a community which had a common element.

Multiple channels allowed visitors to enter the site from several touch points – most notably our teaser video received over 6500 views on YouTube and 1900 views on Vimeo. We reached over 3.5 million people on Twitter, 158’000 via Facebook, and gained 127 new followers on Pinterest. 4464 mottos have been shared so far.