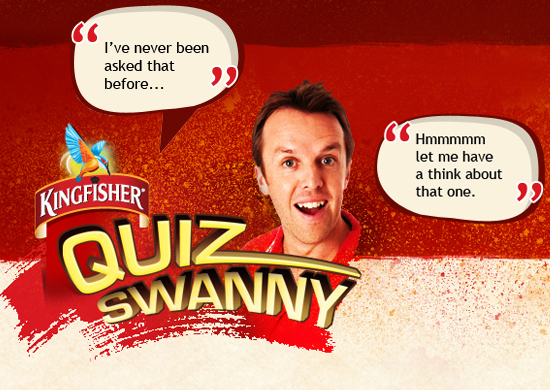 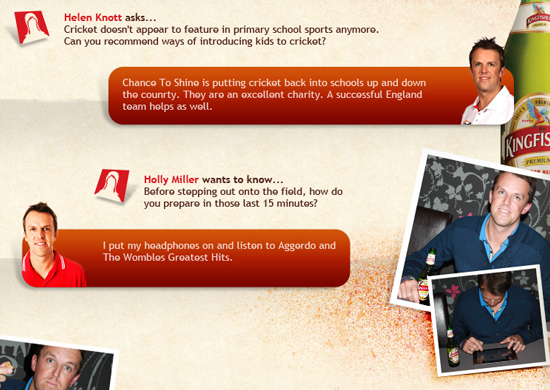 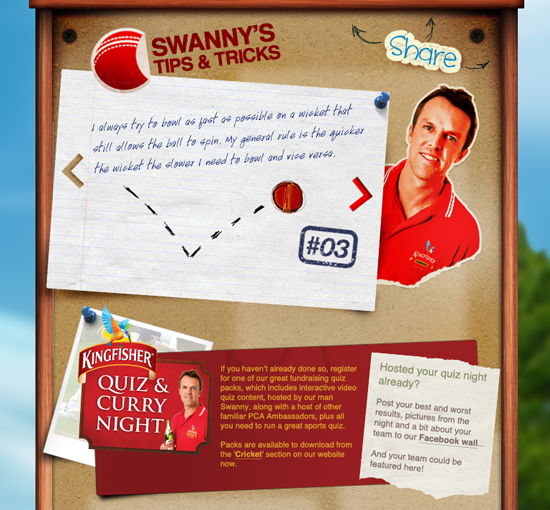 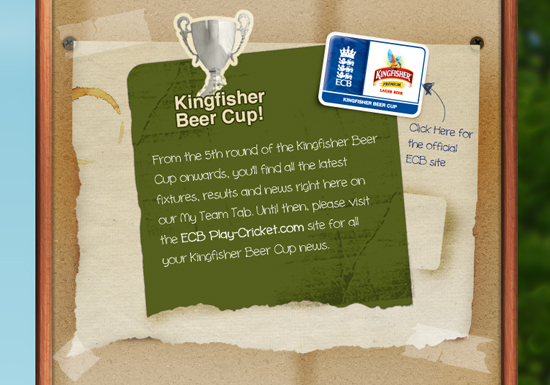 In April of last year, our first tactical activity was to build & promote a Live Q & A (Quiz Swanny) session on Facebook and Twitter with their brand ambassador, Graeme Swann.   Soon after in May 2012 we built the Facebook platform to promote the Kingfisher World Record attempt, created by Forever Beta and produced by Black Jack, via a phased campaign utilising YouTube, Facebook and a supporting banner campaign leading up to the launch, which saw over 20,000 hits on YouTube.

I was responsible for growing and developing the activation plan around these activities and steering the creative team on the direction and style. 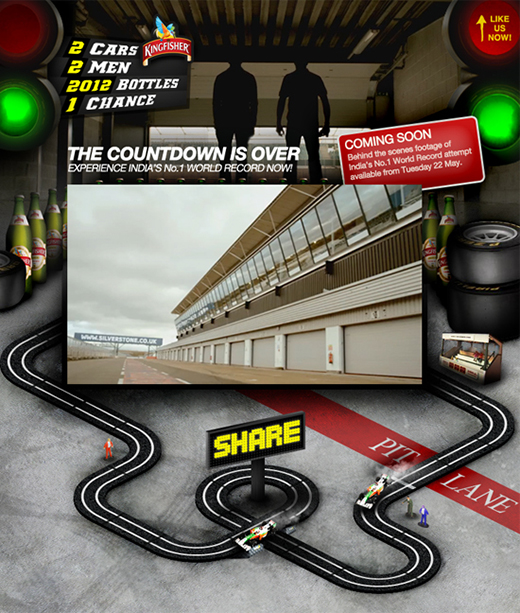 Early June saw the launch of the My Team tab on Facebook, a space for Kingfisher and cricket fans to visit and find exclusive content from Graeme Swann, enter competitions and find out the latest Kingfisher Beer Cup news. Its aim; to build a sustained rapport with target market, strengthening links with brand, and creating potential bridges between unconnected networks.

By activating cricket fans, local cricket clubs and increasing Kingfisher’s social presence, we helped the brand enforce their sporting connections across a large target market. We built the foundations of an engaged community bringing Kingfisher Beer greater awareness outside of the curry house.

Putney Hill
Back to Portfolio
Moosehead